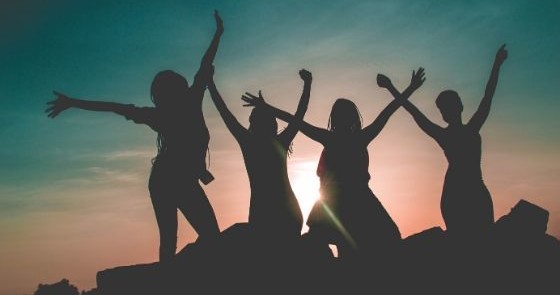 March is Women’s Month and I’m all about women making history and making an impact. If you could use your time on this planet for good, why not? Here are 5 baddies that are making an impact and paving the way for women in education, the fashion industry, philanthropy, and science.

Malala Yousafzai, known to many as simply Malala, is the youngest person to ever be awarded the Nobel Peace Prize. In 2008, the Taliban took control of her hometown in Pakistan. The Taliban forbade girls from attending school and enforced strict punishments on those who defied them. Malala spoke out against the Taliban’s ban on females from receiving an education. In 2012, she was shot in the head by a masked gunman. She survived the attack and continued her work as an activist for female education and established The Malala Fund.

Everyone loves Ellen DeGeneres. She is not only an Emmy Award-winning comedian and television talk show host but also a philanthropist. Ellen’s motto is “Always be kind to one another ”. She often uses her talk show as a platform to spread her generosity and charitable efforts to various organizations and deserving individuals. Ellen and her wife Portia de Rossi founded The Ellen DeGeneres Wildlife Fund which supports global conservation efforts for endangered species. In 2016, President Barrack Obama awarded Ellen with the Medal of Freedom for her significant endeavors.

Most people know Alicia Keys for her great talent on the piano, hits like “Fallin’”, and let’s not forget her fabulous cornrows. In the past few years, she has made a huge impact on women everywhere by posing for her album photoshoot without any makeup. While it may not seem like a big deal to some, in the age of contoured makeup, bold eyeliner, and highlighter, Alicia’s bare-faced photo shoot was not only refreshing but empowering. #NoMakeup has taken Instagram by storm and women everywhere are embracing their natural beauty.

This Harry Potter star has been working her magic not only on the red carpet but also on The Green Carpet Challenge. The Green Carpet Challenge advocates for sustainable fashion practices. Emma has been on the forefront of this movement advocating for upcycling, use of sustainable materials, fair living wages for those in the garment and fashion industry around the world, local production of clothing, and minimalism. In 2016, Emma wore a Calvin Klein gown to the Met Gala which was made out of recycled plastic bottles. She also worked with Eco-Age and Green Carpet Challenge to assure her costumes for Beauty and the Beast were made of organic and recycled materials. Recently, Emma has been seen rocking eco-friendly clothing and accessories during her interviews for Little Women where she stars as Meg March.

Greta Thunberg has gained international attention as an activist on climate change and named Time’s Person of the Year 2019. In August 2018, Greta pioneered the idea “Climate Strike” when she skipped school and stood in front of the Swedish Parliament holding a sign that read “School Strike for Climate.” Climate Strike gained popularity and has transformed into the “The Fridays for Future” movement. Fridays for Future calls for students to not attend school on Friday in protest of what they feel is “not enough being done” to combat climate change.

Now, Greta travels the globe speaking to world leaders about the dangers we face if we don’t act now to reduce our environmental footprint. From standing in front of Parliament with a sign to international recognition as a climate change spokesperson, Greta has inspired both young and old to stand up for their beliefs and that one person can truly make a difference.

Why do we call them baddies?

Because what they’re doing is simply badass! These ladies are using their platforms on social media, television, and education for good. In a world where we are seeing so much division, hatred, animal cruelty, and pollution- their work is truly a light! 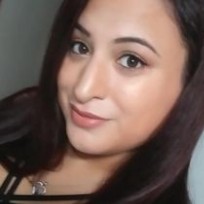 Cassandra Alvelo is an entrepreneur. She has over 10 years of experience in event planning, beauty pageants, and small business management. She has also become a couponing expert and life hack lover. She contributes to different blogs to share her expertise. Cassandra lives in NJ with her daughter and fiance.

I’m all for sustainable fashion. And I was so ex

The pandemic changed so much but it’s how we han

Life isn’t always a bed of roses...but we can pr

Happy Sunday from me and Honey Lemon ☀️ p.s.t

Glowing up starts from within. Are you getting all

When my daughter thrifted this orange jacket I th