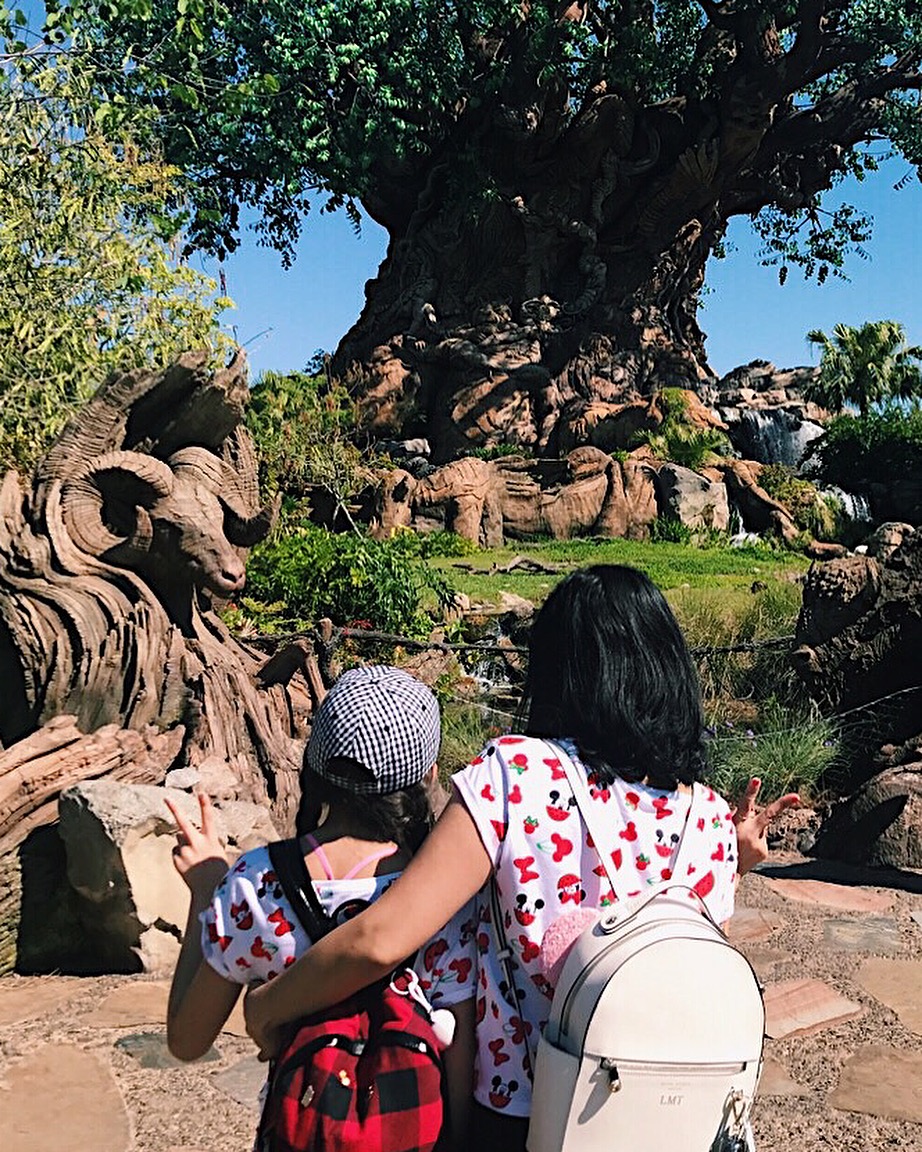 Park hopping was always one of my favorite things to do. Ride Star Tours at Hollywood Studios and head over to Epcot for dinner in Japan. I have to admit, it may not be ideal if it’s your first time visiting. But if you’ve visited before or you’re pressed for time, it can be a great choice. Simply plan ahead and make a list of where you want to go (including eat).
The two parks I like to use a park hopper on are Epcot and Hollywood Studios. They’re not far from one other and you can see and do a lot in one day. I don’t recommend hopping from Magic Kingdom. One, it’s the biggest park and two, it takes longer to get there. We spent one whole day (plus magic hours) at Magic Kingdom. It’s my favorite park and there’s so much to do and see while there- not to mention it’s foodie heaven!
Here’s why park hopping at Disney World works for us.

Our first day at Walt Disney World, we visited Magic Kingdom. We spent the entire day there (plus magic hours) and loved every minute. The next day, we went from Animal Kingdom to Epcot to Hollywood Studios which are not too far from one another. The most time wasted was at Pandora. Since the attraction is so amazing and new, the lines are quite long. Avatar is one of my favorite movies, so I couldn’t miss the opportunity to check it out.

Pandora has two rides: the Na’vi River Journey and Avatar Flight of Passage. The Na’vi River Journey is just beautiful. It’s a journey into a bioluminescent rainforest in search of the Na’vi Shaman of Songs. It was my favorite, to be honest- the Avatar Flight of Passage scared me (too much motion for me). It’s a beautiful 3D ride (on a banshee) through Pandora. After visiting Pandora, meeting some characters, and watching a bird show- we headed to Epcot.

Epcot had their garden festival which we definitely wanted to see. We also planned to take some fun pictures by the “bubblegum walls,” floral sculptures and Epcot’s famous globe. We rode a few rides including Test Track and headed over to Hollywood Studios.

Our final stop was Hollywood Studios. When I was a cast member, I got to work there so it always brings back memories. Like the White Rabbit, I’m always running late. I’d power walk to work every day and clock in just in time. I definitely don’t miss that part. (lol)

I have to say, Hollywood Studios has become a Star Wars fan’s dream! I was totally geeking out at Star Tours, the Jedi training show, and meeting with characters like storm troopers and BB-8. It was so much fun. We also enjoyed other things like Voyage of the Little Mermaid (an old favorite). The night ended with Star Wars Galactic Spectacular which is a stage show with fireworks. Star Wars fans will appreciate this one for sure- all the feels!

Park hopping gave us the chance to see and do more in one day. I think it’s worth it. Comfortable footwear and backpacks are recommended. You can see my list here. It can be tiring but what Disney trip isn’t? And it’s so worth it!

Happy New Year’s Eve from my couch to yours 🥂

Dyker Heights during the holidays is quite magical

It’s Monday! And your reminder that whatever cha

The halls are decked at @gsplaza and it’s the #s

Can we discuss rituals? I’ve found that having a

To say that we had a lovely thanksgiving holiday w