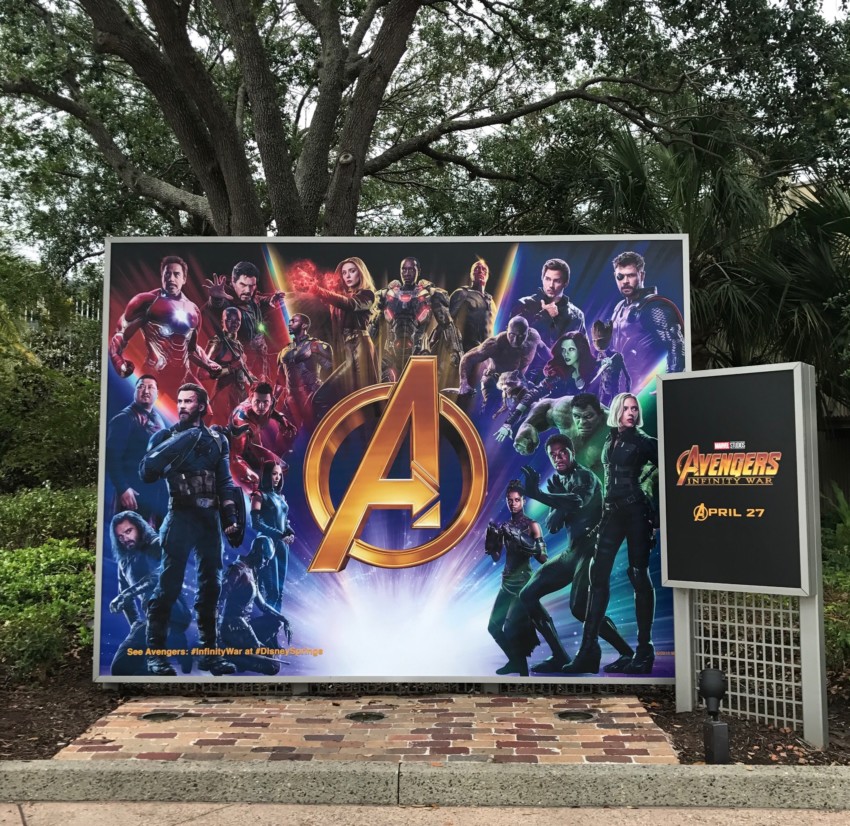 Warning::: THERE ARE SPOILERS IN THIS POST!!! IF YOU HAVEN’T WATCHED AVENGERS: INFINITY WAR, DO NOT READ THIS POST!

By now, you’ve probably heard about Avengers: Infinity War’s success at the box office. The movie made about $630 million just on its opening weekend. The film brings together over 20 of Marvel’s superheroes including Captain America, Thor, Hulk, Iron Man, Spider-Man, Black Panther and many more. So it comes as no surprise that the anticipated film drew in quite a crowd. While Avengers: Infinity War was well done, moviegoers are certainly in for some unexpected turns.

Avengers: Infinity War: Why It Was Hard to Watch

The movie starts off with Thanos (played by Josh Brolin) and his goons threatening Thor and Loki (for one of the Infinity stones). Thanos begins to kill Thor (Chris Hemsworth) and Loki (Tom Hiddleston) surrenders the stone and then tries to kill Thanos but fails. Instead, Loki dies leaving his brother Thor broken-hearted and desperate to avenge his death. If this wasn’t hard enough, the rest of the movie gets even more emotional! You’ll See a Lot of Green in This One

Our favorite green guy, Hulk sets out to get help. He’s been away for some time, so he has no idea that the Avengers have split. Yikes. Hulk meets Dr. Strange and Tony Stark (Iron Man) who are bickering back and forth until they realize the universe is in trouble. (I really enjoyed the new friendship between Stark and Strange!) Hulk asks Stark to contact Steve Rogers (Captain America) but he’s hesitant. Why the flip phone? It’s the one Rogers sent to Stark at the end of Civil War. We all know Stark is techy with fancy gadgets, this one is different.

Thor meets the Guardians of the Galaxy who split up to help stop Thanos. Thor, Rocket, and Groot set out to get a massive weapon made to kill Thanos while the rest of the gang looks for Thanos. We learn about Gamora’s past and how she was taken in by Thanos when her people were killed. Gamora believes it is up to her to stop him and reveals the secret of having hidden the Soul stone. Sadly, she does not succeed.

Thanos is on a serious mission to obtain all of the Infinity stones in order to gain great power- great enough to wipe out the universe. According to him, he’s having “mercy” and fixing things. He believes it’s the only way to make things right again and stop people from using up the universe’s resources. Sounds like a crazy dictator, right? Thanos stops at nothing. He tortures one daughter (Nebula) to get the other (Gamora) to give up the Soul stone. And later trades Gamora’s soul for the stone. We learn that Thanos has actually loved one person, after all, his daughter Gamora. But not enough to spare her life for his mad plan.

As I sat and watched my beloved superheroes get crushed, I held back the tears. “Come on, guys we can defeat this monster!” My small optimistic voice screamed inside… can’t we?

There are lots of fun lines and moments between the characters but there’s still a lot of sad stuff. We see Scarlet Witch and Vision living in Europe enjoying their time together. They get attacked for Vision’s stone and have to leave with Rogers and his crew. They both knew it would only get worse and that their chances at happiness again- were quite slim.

I am Steve Rogers.

Do you concur, doctor?

Peter Parker sneaks onto a spaceship to help Stark who scolds him repeatedly. Later, he finally tells him he’s an official Avenger. Teenage Groot also grows up a little when he cuts his own branch to help make Thor’s super Ax.

And don’t get me started on the beautiful Wakanda and how it gets attacked… (but Thor’s entrance to Wakanda was epic!)

I could keep sharing spoilers but I’m well past one thousand words already (oops!)…

It’ll Keep You On the Edge of Your Seat… Trust Me.

Avengers: Infinity War is the most intense Marvel movie I have ever seen! As much as it hurt to watch, I cannot say it was a bad movie. In fact, I loved it. But I know it’s setting us up for a greater one. It was well done, the storyline was good but the outcome was truly torturous so I can see a non hardcore fan not getting it.

Who Can Watch It

Not little ones (or they’ll be crushed) but if they’re over the age of 10, I think they can handle it. I took my daughter and the part that really crushed her was when Spidey was fading away- all the feels! I wouldn’t recommend this film until they are old enough to understand that superheroes do die in comics. But they usually come back somehow. You know, science or another universe.

But the beauty of comics is that there’s time travel, stones, space, crazy science and the power of places like Wakanda- that can bring our superheroes back. Come on, do you really think Spidey is done? No way, José! I encourage you to pick up some comics and get your kids to read about these awesome superheroes. If there’s anything that comics have taught me is that there are always selfish, crazy bad guys (with a soft spot/backstory), the ride is always bumpy, situations change us and lastly, there’s always hope.

If you stick around until after the credits (they’re super long, it was a big production so be patient!), you’ll get to see a super short post credit clip. We see Nick Fury and Maria Hill stop their car as they realize cars are crashing and people are fading away. They check a car that is empty and turn to see a helicopter crash into a building. Maria crumbles into ashes and Nick Fury grabs a futuristic pager to send a message. As he too fades away, he hits send. On the pager appears a logo of no other than… Captain Marvel!

After the gut-wrenching end of Avengers: Infinity War, there was the hope I was talking about. And it’s about time, guys. I have often wondered about Captain Marvel and why she hasn’t been introduced into the Marvel films yet. Why did Nick Fury page her? Because he’s worked with her and knows about her powers. Also, because Carol Danvers (Captain Marvel) is in charge of alien threats to the Earth (S.W.O.R.D) and she’s Marvel’s most powerful superhero. Yes, a female- are you surprised? We’ll have to wait until 2019 to meet Captain Marvel but at least we know she’s coming!

Have you seen Avengers: Infinity War yet? What are your thoughts?

After being masked up for so long I almost forgot

“-unless I am myself, I am nobody.” ~Virginia

I’ve always been a fan of Korean beauty. Honestl