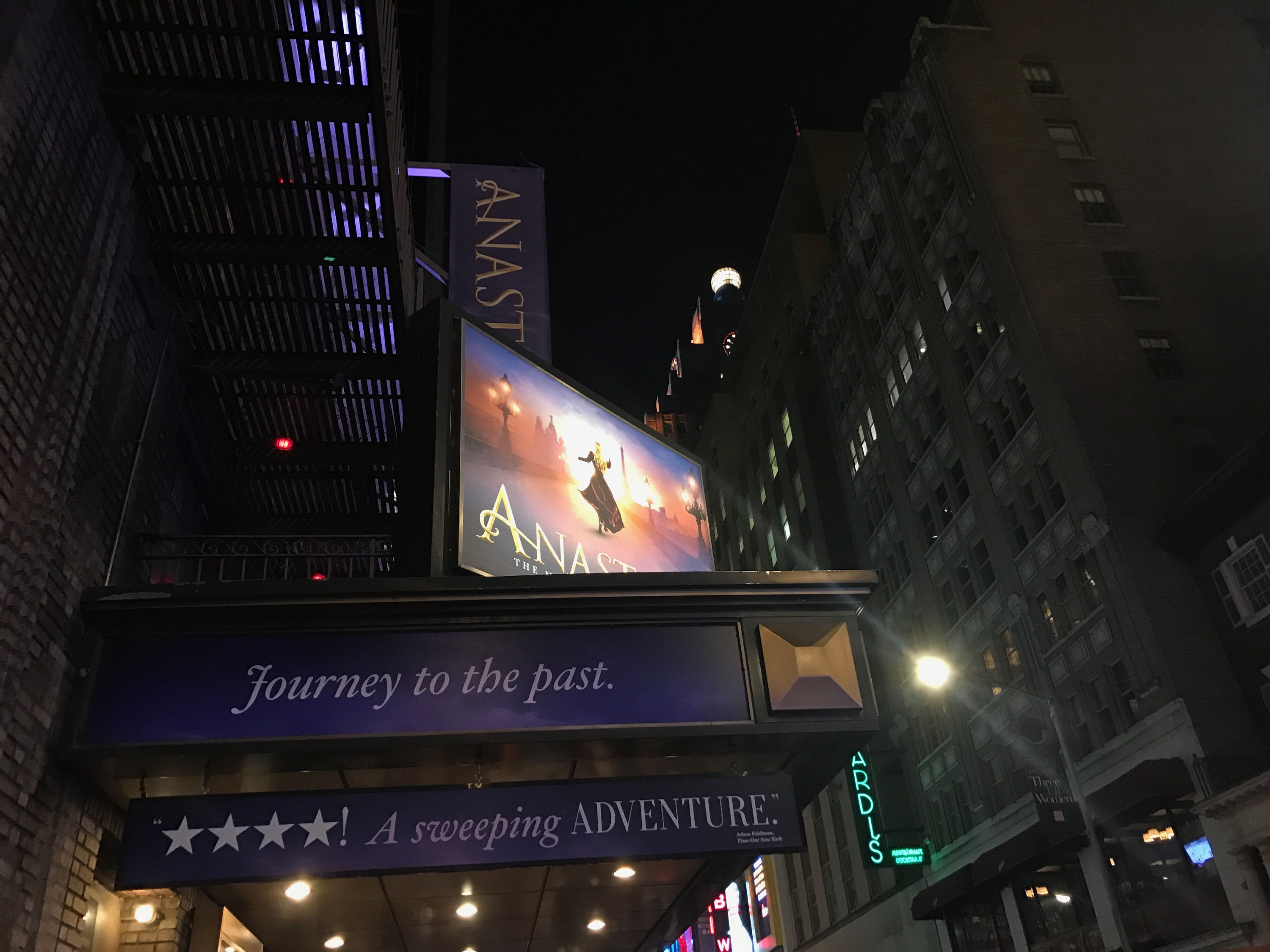 The animated film, Anastasia, was one of my favorite films as a kid. When I found out it was being made into a musical, I was beyond excited. I just had to see Anastasia on Broadway! And for Mother’s Day, I was surprised with tickets to the show. Of course, I went with my favorite girl (my daughter). It was the perfect mommy and me date.

What I always loved about Anastasia is her character. She was smart, strong and didn’t need saving like your typical princess. She suffered a tragedy and was left to take care of herself. These things toughened her up but humbled her as well.

The musical is simply magical. As I watched I got all the feels from these songs from my childhood! I would definitely see it again. If you loved the film, you will love the musical. Everything from the settings, sparkling costumes, and music including songs from the animated film, “Journey to the Past” and “Once Upon a December,” Anastasia is truly magical.

Anastasia the musical is inspired by the animated film and takes us back in time to see how the Russian Empire changed during the 1920s. It’s the sad story of a royal family being executed in order to establish a new government. All but one member of the royal family were murdered- Anastasia. During this period, many aristocrats fled to Paris for a better life.

“Anya” was played by Christy Altomare who I must say is one small girl with a great big voice! She gave an amazing performance that received a standing ovation at the end of the show. The rest of the cast is super talented. Vicki Lewis (Countess Lily) also steals the show with her energized (and hilarious) performances.

Anastasia suffers amnesia for many years and is forced to live a life of poverty, working as a street sweeper. She remembers bits and pieces of her past and knows she is supposed to meet someone in Paris. She sets out to discover the mystery of her past and has help from two men looking for a good payday. When they realize they have indeed found the lost princess, everything changes. The friendship formed between the three and their journey to get her back to her grandmother is quite magical.

Is the musical exactly like the animated film? Not quite, but almost. Instead of a zombified villain, there is a Soviet officer who is determined to silence Anastasia. He warns her that being Anastasia could cost her her life and that if told, he would have to do his job and execute her. But “Anya” listens to her heart and takes the risk in solving her mystery; discovering who she truly is.

Differences from the Animated Film, Anastasia

Take a journey to the past!

I won’t spoil the rest of the story for you but I’m sure you have an idea of how it ends. You’ll just have to go see for yourself but I’m willing to bet you’ll love it 🙂

(photo taken and edited by my daughter 🙂